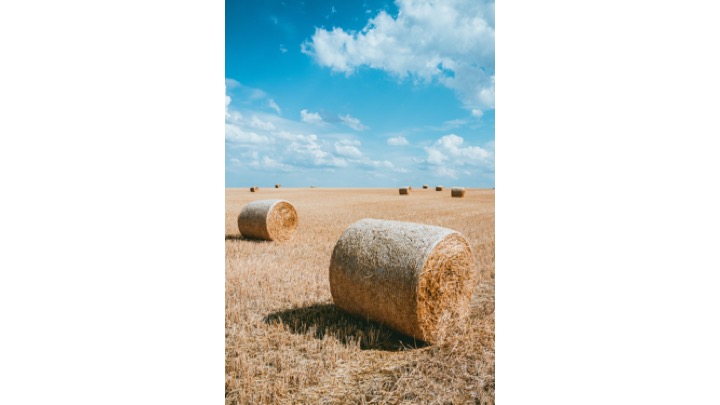 Historically, haymaking meant cutting forage with a scythe and stacking it in small stacks. The hay remained in stacks and animals ate from the edges. In some parts of the world this method of haymaking is still used. Although much about haymaking has changed with new technology, the main purpose of haymaking remains the same: to produce a stable, high-quality animal feed with minimum expenditure. Hay is used extensively to provide feed in beef, dairy, sheep, and horse livestock systems when grazing is not feasible or as a supplement to grazing.

Although grazing animals on pasture is more economical than haymaking, utilizing the surplus of forage produced during peak growing times as feed during the winter is often an important part of livestock production systems.

Select a forage species that is well suited to your environment and one that can produce a good hay. Good hay retains as many leaves as possible since the leaves contain two/thirds of the protein. Species like meadow foxtail do not have enough leaves to make a good hay.

Deciding when to make hay is a critical decision and should be based on an understanding of plant growth and harvesting should be done when there is a likelihood of several days of good haymaking weather. "Make hay while the sun shines" is a familiar phrase but there is more to consider in determining good haymaking weather than just sunshine. Understanding the following concepts will enable a hay maker to utilize the weather in the successful production of high-quality hay.

The objective of haymaking is to produce a stable animal feed of good nutritive value with a minimum loss of dry matter and with minimum expenditure.

Protecting hay from the elements is an important element for preserving quality. Many methods and structures are available for hay storage, with decisions based on cost and convenience and durability and life of the structure.