What are Cover Crops? 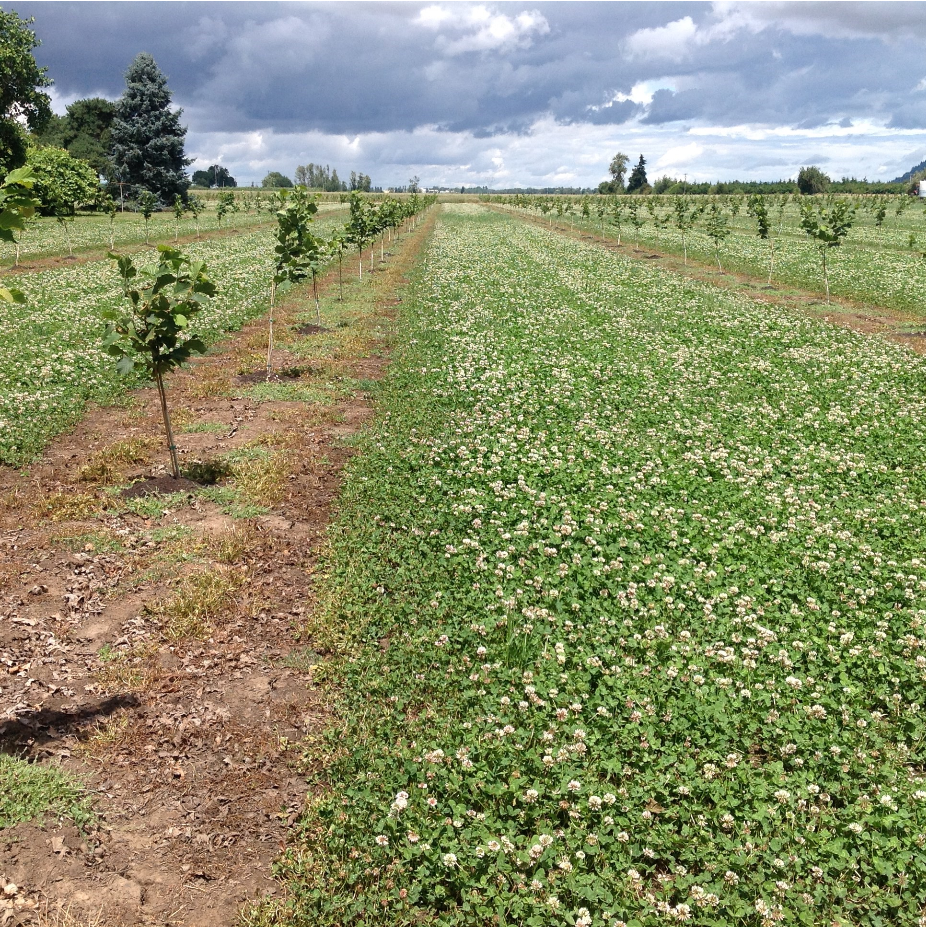 Cover crops often are called green manure crops. They are cereal grains, other grasses, legumes, or other forbs. They are grown to improve soil health, protect the soil from wind and water erosion, increase water infiltration, increase soil nitrogen from biological nitrogen fixation, scavenge residual N and other fertilizers following crop harvest, or as biofumigants. Depending on the cropping system, they may be spring, summer, or fall-seeded and disked or plowed into the soil prior to planting the next crop.

Cover crops are valued for their protect the soil from wind and water erosion and their ability to improve the soil by adding organic matter and nutrients. Benefits include their ability to:

When establishing a cover crop, match the cover crop species not only with the job traits desired but also with the soil type and conditions. Some species grow better than others in low fertility and/or poorly drained soils. A review of a soils map and a soil test will help evaluate the soil.ﾠ

Once the cover crop species is selected, it is critical to always sow good live seed.

When planting leguminous cover crops such as clover, vetch, lespedeza, and soybeans, be sure to inoculate the seed before planting.

In addition to deciding the particular benefits or objectives for the cover crop, producers need to consider the following when choosing cover crops:

In conventional tillage planting, the soil is tilled with a plow and/or disk.  If soil erosion is not a major concern, tillage is a good way to eliminate some weed competition and to prepare a good seedbed.  Seed can be broadcast or drilled, however, rolling the field with a cultipacker before and after seeding will improve the seedbed quality.  Rolling prior to planting firms the soil and prevents seeds from being buried too deep.  Rolling after planting insures good seed/soil contact.  Rolling also takes the “fluff” out of the soil, which helps retain soil moisture.

What is a good Mixture?

Often at least one grass and one legume species are planted together in late summer providing soil protection over the winter with an actively growing crop in spring. Brassica species can also be added to the grass and legume mixture for their fast growth and rapid mineralization. There are many premixed cover crop mixtures on the market. Some of them are listed below.

In a reduced tillage system, the soil is not disturbed and the cover crop seed can be broadcast seeded by hand with a cycloned-type seeder into standing vegetation or bare soil.  This seeding method is often used when competition from an existing crop or from weeds will be low, giving the cover crop time to establish.  The fall and late inter are good times for [reduced] tillage seeding.  Later winter seedings, or “frost seedings,” are where the seed is in place for quick germination as soon as the weather warms up.  This puts the newly developing plant ahead of most weeds.

There are additional costs above normal cropping practices that must be considered in systems that include cover crops. Extra expenditures include the cost of the cover crop seed and labor and time for planting. Also, special or alternative equipment may be needed to handle the greater amounts of residue present in no-till systems. Cover crops must be managed like any other crop produced in the farm operation.

Interference with the primary crop

Unmanaged cover crops can act as weeds by competing with the primary crop for light, moisture, nutrients, and space. In a dry year, cover crops can rob primary crops of valuable soil moisture. In other years, they may also compete for other resources such as nitrogen if not managed properly. For most cropping systems with cover crops, the use of starter fertilizer during planting of the primary crop should compensate for nutrients used by the cover crop. Immobilization of nitrogen by the cover crop generally is negligible, especially if manure has been applied. However, if large amounts of vegetation are being tilled under, producers raising corn should split the nitrogen requirements between planting (one-third) and side-dressing (two-thirds).

Cover crops also may be affected by the same chemical and physical factors that contribute to weed control. As with weeds, crop species can be hampered by chemicals released from cover crops, cooler soil temperatures, and the smothering effects of cover crop residues. Cooler temperatures may delay the germination and growth of the grain crop. Crop residues also may act as physical barriers, making uniform spray coverage more difficult. These residues also may bind herbicides, resulting in reduced activity. Preemergence herbicide programs may need to be adjusted to account for this interaction.

Cover crops, like weedy fields, may harbor insects, diseases, and nematodes that could be harmful to the cover crop and detrimental to future crops. Consider specific pest/crop interactions that may become a problem. For example, cereal rye or orchardgrass can attract armyworms. Clover root curculio, a pest common to red clover, also can attack alfalfa. Heavy populations of certain weeds such as chickweed attract black cutworm or slugs, while johnsongrass is a host to maize dwarf mosaic virus, which can infect corn. Understanding these potential interactions and the conditions that favor them helps producers make proper management decisions.

Producers should plan in advance for how they will control and terminate the cover crop. Some cover crops have the potential to become weeds and therefore careful planning and management is required.

Nonleguminous cover crops established in late summer and early fall have become increasingly popular in Central Oregon. Growers in the region are interested in working with mustard (Brassica juncea), tillage radish (Raphanus sativus L. var. oleiformis), and oat as cover crops. These cover crops have the ability to recycle N to a subsequent spring-planted cash crop after overwintering and tillage incorporation in the spring. Soil N levels required to achieve maximum N concentration in the plant tissue and maximum N mineralization potential are not known for this region. The purpose of this incubation experiment was to observe the effect of N fertilizer rate on cover crop N concentration and to observe the effect of cover crop N concentration on N mineralization. Cover crops were grown in the greenhouse in 0.2 m2 plastic seeding flats with granular urea-N fertilizer rates of 0, 45, 90 and 135 kg N ha-1. After 10 weeks of growth, plants were harvested and a subsample was dried, ground and analyzed for total N concentration.