What aspects of modern agriculture are believed to contribute to a decline in biodiversity? One of the more publicized means by which agricultural production may lead to a decline in biodiversity is the clearing and/or draining of nonagricultural land (e.g. forests, native prairies, wetlands) for crop or livestock production. When nonagricultural land is cleared by plowing, logging, burning, and/or draining there is a replacement of many species with a few species. In fact, one hallmark of modern agriculture is the production of crops in so called monocultures. The term mono implies "one" and so the term monoculture implies one crop is produced on land that formerly supported a large number of different plants, insects, and/or animals. In this way biodiversity may be drastically reduced by agricultural production practices. 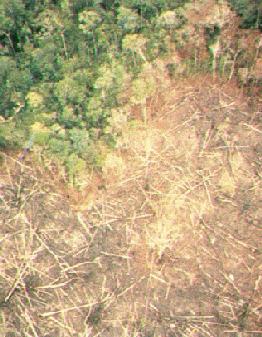 Why is biodiversity a serious issue for all humans? What benefits do humans and ecosystems in general derive from biodiversity? Scientists believe that there are a number of important reasons as to why maintaining biodiversity is so important to the welfare of society. One major reason is that biodiversity appears to be important in maintaining the stability of the earth's very complex ecosystems. By definition ecosystems consist of a virtually infinite number of interactions among organisms and their environment. Even with the help of modern computers humans simply do not completely understand how ecosystems work. What we do know from experience is that altering even a seemingly small component of an ecosystem can result in very dramatic and undesirable results. One of the classic examples is the use of DDT, an insecticide, to control mosquitoes. Mosquitoes were targeted for control because they spread the deadly disease known as malaria. Among a number of unforeseen, undesirable side effects was reducing the populations of bald eagles, peregrine falcons, and other organisms. 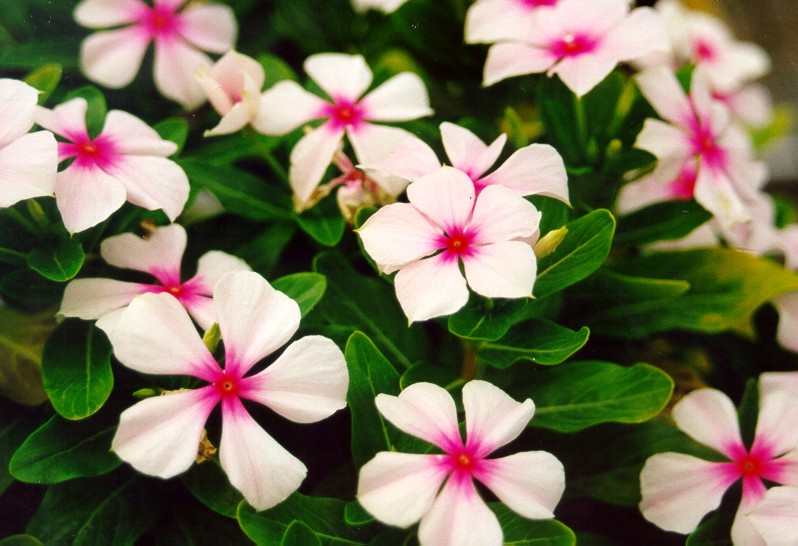 One of the hallmarks of modern society is the availability of a wide range of medicines to treat diseases. A large portion of the modern drugs used to treat everything from cancer to colds are ultimately derived from wild plants. Soil organisms were the original source of some antibiotics, and medicinal herbs are used by millions around the world to treat a variety of ailments. Based on past experience, it is likely that wild plants yet to be studiesd may contain the basis of medicines for the future. Preserving biodiversity helps ensure that these plants will continue to survive and be available for the benefit of society.

Aside from the rather obvious benefits biodiversity provides in the areas of medicine and ecosystem stability, biodiversity provides major income to many countries, including the U.S., where people will pay for the privilege of viewing wild plants and animals in a relatively undisturbed habitat. Maintaining biodiversity is also important in crop production. There is a continual need for plant breeders to develop new crop varieties to keep pace with new diseases and other crop pests. One of the best ways to ensure that there is a diverse source of genetic material for this effort is to maintain biodiversity. 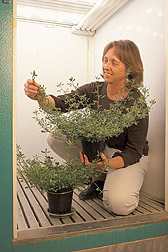 One criticism often leveled at modern agriculture is the dependence on a few crops that are genetically similar. The advantage of this approach to food production has been the development of crops that produce high yields per unit area of land in response to inputs of fertilizer, irrigation, and agrichemicals in general. The disadvantage is that genetically similar crops may be more susceptible to catastrophic failure. This is because if one plant in the crop community is susceptible to a disease, so are all the others. This sets the stage for a rapid spread of the disease through the entire crop. In a genetically diverse population, some of the plants will probably be resistant to the disease and slow down the spread of the disease to surrounding crops.

What can forage producers do to help minimize adverse affects of forage production on biodiversity? There are several steps that may be taken. Forage producers can support efforts to preserve native grasslands such as the small areas of prairie still left in the United States. Adoption of IPM techniques (see section 7 and Weed Control in Forages Lecture) that minimize the use of manufactured agrichemicals can help preserve biodiversity in insects and animals. Pasture managers can maintain permanent pastures as a mixture of species rather than attempting to force more of a monoculture. Some very aggressive weeds (known as noxious weeds) have been shown to reduce biodiversity in rangeland. Range managers should work with weed control experts to limit the spread of these noxious weeds, such as leafy spurge. Finally, when reseeding a pasture or range area, it may be possible to use a mix of native species rather than a single, introduced species. Whatever approach is taken, the preservation of biodiversity is an important step in maintaining sustainable forage production that will benefit future generations.